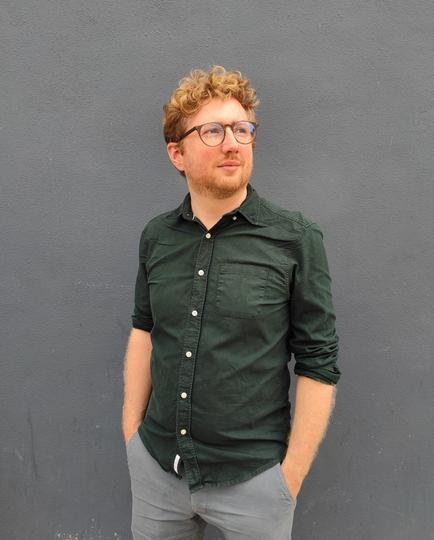 I’m a writer for TV, stage and audio.

Currently I'm working as head writer in development on projects for Nickelodeon and Dreamworks (TBA), and writing for a series on Disney Plus. I recently wrote an episode of Netflix's Dogs in Space, which has been renewed for a second series coming later in 2022.

I got my first writing job on The Amazing World of Gumball for Cartoon Network, working on seasons 4 and 5. From there I worked on the first season of a Disney plus show called Space Chickens in Space with James Hamilton where we co-wrote nine episodes. After that we were writers, script editors and story editors on Incredible Ant where we again wrote nine episodes (including the two-part season finale).

Awards and accolades include winning the British Comedy Guide Sitcom Mission as well as being a runner-up in the BAFTA Rocliffe New Comedy Showcase. I was also part of the Grand Scheme Media team writing initiative, in association with Hat Trick, where I was one of a team of seven who wrote three episodes of a new sitcom Generation Lost. It was here I met Tasha Dhanraj and we’ve since co-written sitcom and comedy drama specs.

For Audio, James Hamilton and I co-wrote a sitcom podcast Hector vs The Future. We also wrote three episodes of David K. Barnes’s podcast Wooden Overcoats.

In Theatre I started by doing plays at Leeds University and taking three original productions to the Edinburgh Fringe. After moving to London I became active on short play nights and submitting scripts to theatres. My play Star-Crossed was in the top 25 for the Soho Theatre’s Verity Bargate Award and had a reading at the Arcola as part of PLAYwrought. I’ve had shorts performed at the Arcola Theatre, Bush Theatre, Southwark Playhouse, Theatre 503 and The New Diorama. My play CAUSE was part of VAULT Festival.

I also co-curate the short play night The Miniaturists, which has been running at the Arcola for 17 years with a rotating team of curators. I’ve been doing it since 2016, producing over 100 short plays by various up-and-coming writers.